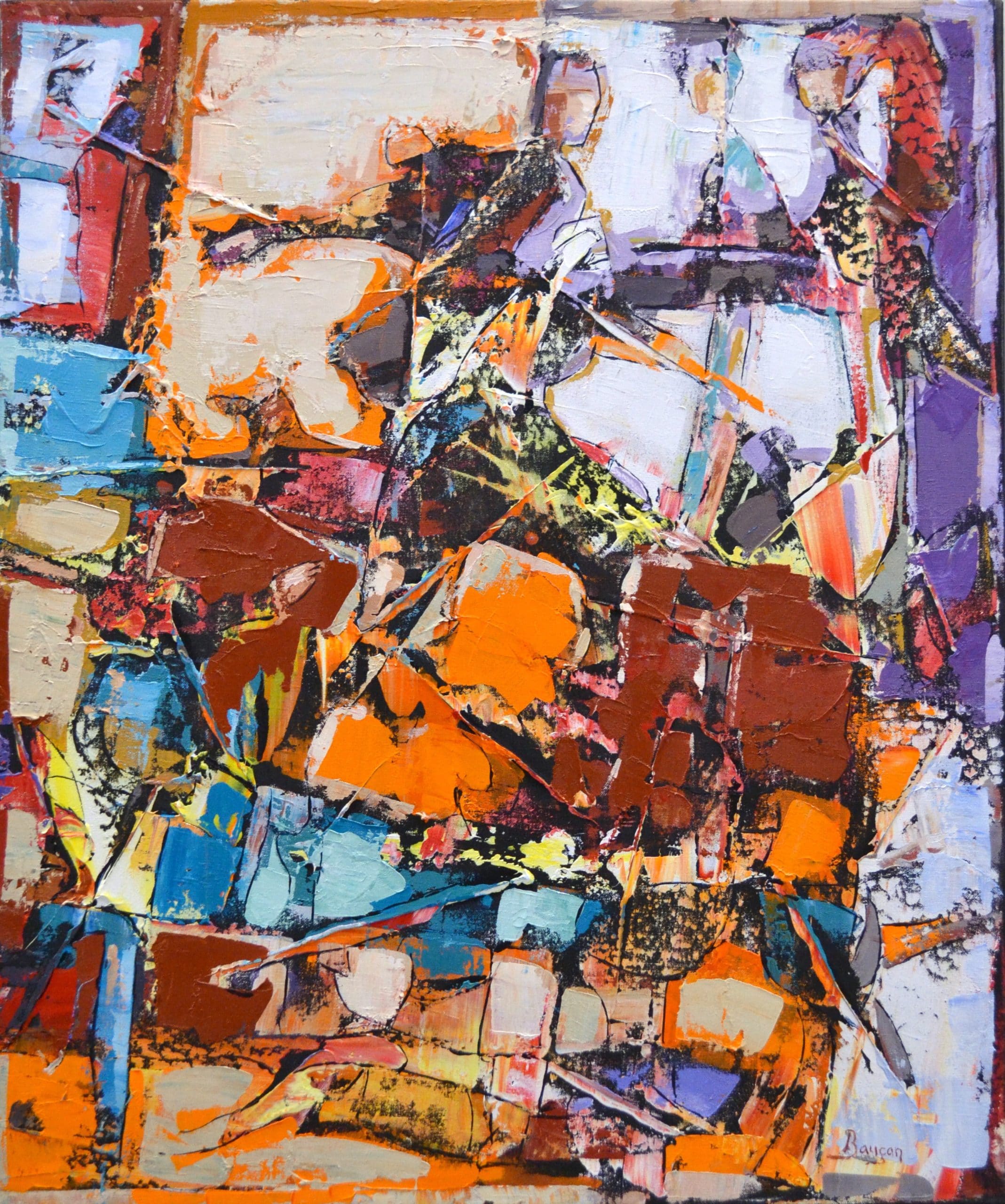 Born Francis Breton in Montreal 1968, Bauçan is a multifaceted self taught artist who left college to dedicate himself to his art. In his twenties, he founded with Luc Courchesne the group of artists “Le Cénacle de l’Étendard”, who edit and publish poetry books. He wrote and published with them two books as well as participated in many collective works with other poets that have also been published.

At 24 years old, during his first trip to Europe, his paintings were exhibited at an art gallery in Pont-Aven, Brittany (where Gauguin once lived). Over the years, his paintings were also exhibited in various galleries in Bordeaux, Dinard, Nantes, Nice, Paris, Brussels, Cologne, Kyoto, as well as in Texas and Chicago, and in Calgary, Toronto and Montréal. His paintings can be seen in many TV shows and movies like “Beyond Borders” with Angelina Jolie.

At 26 years old, he invented and constructed a 35mm antique-looking camera, made out of paper. After having sold his invention to the Wrebbit Corporation, he travelled for three years, from theCzech Republic to North Africa.

In 2014, after living and painting during more than 10 years in Thailand, he moved to China.