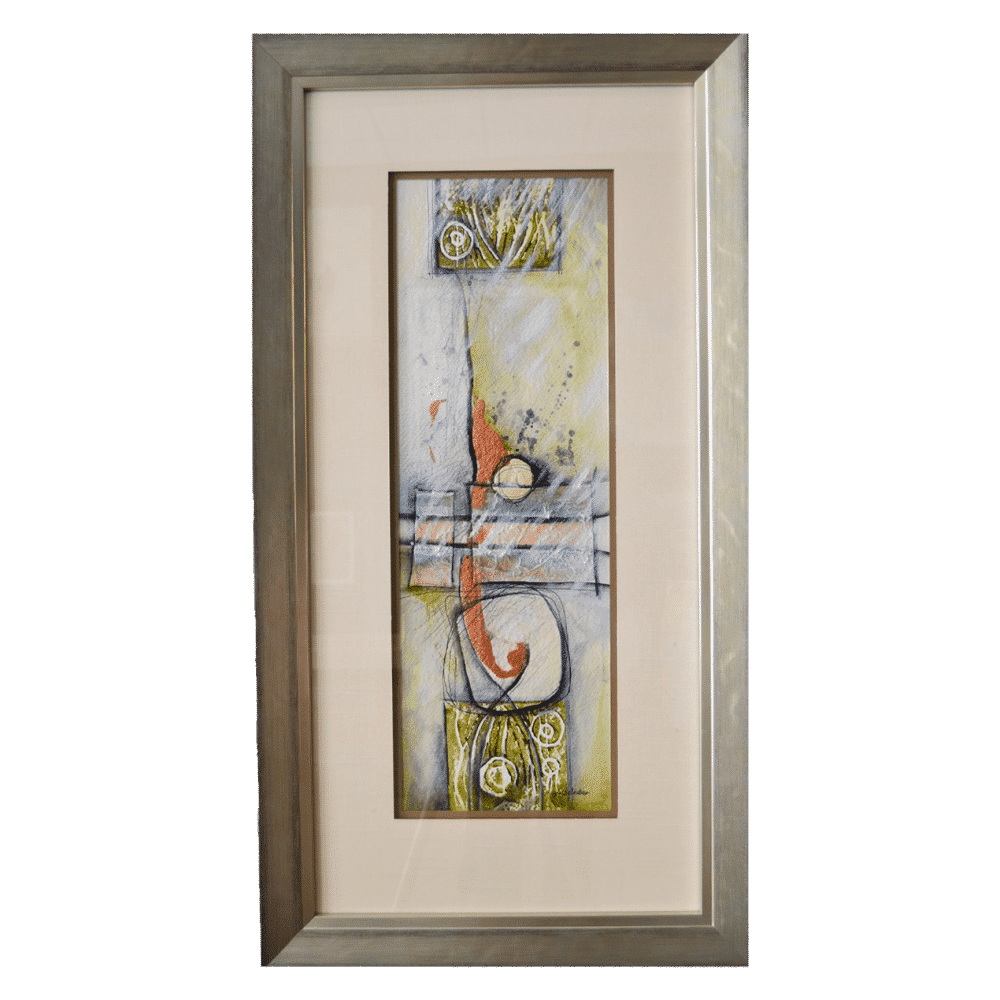 Unlike many artists, who tend to theorize before picking up a brush, Sylvie Cloutier prefers to just do and let her natural instincts guide her. She believes in drive and spontaneity, accepting that the materials may wish to express something too.

Over the years, theory or rather certain similarities, the use of shape, colour or transparency, have left a coherent, well-defined corpus. Sylvie always begins with a geometric approach – the rational side of her personality. However, at this stage, Sylvie’s work resembles collages rather than sketches. There is texture, an architecture of sorts. As she once said in an interview, the architecture in her art starts with
a drawing but is overtaken by the poetic side of her personality. Like a puzzle, the pieces finally come together in one painting. Throughout the process, there is a tension that the artist herself struggles to describe. In order to retain this tension, she works vertically, that is, she stands in front of the piece that is lying on the ground.

A form takes shape, an “icon” is revealed before her very eyes. Spontaneity requires a special medium which explains Sylvie’s preference for acrylic paints that dry quickly. There is a surge, but in the creative fireworks, drippings soon follow. As a result, her art exudes tremendous emotional intensity in which discord merges with harmony as if inspired by an inner music that haunts the studio.