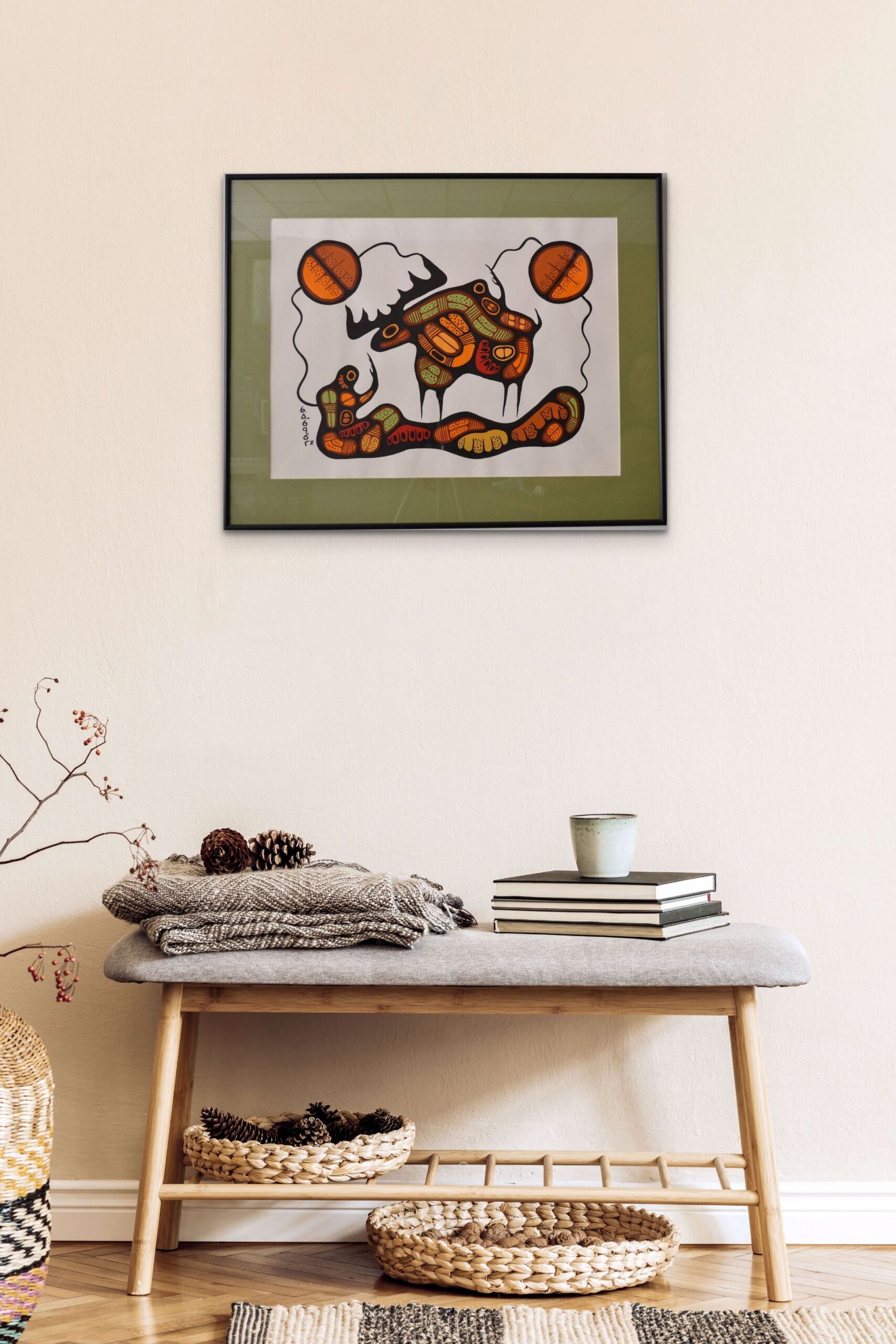 Goyce Kakegamic was a prominent artist from Sandy Lake First Nation. Under the influence of his brother-in-law Norval Morrisseau and Carl Ray, Kakegamic began painting as a teenager. After learning printmaking in Toronto, Goyce and his two brothers Josh and Henry opened Triple K Co-operative, a silk screening studio in Red Lake, with the intention of representing themselves and other Indigenous artists independently and in their own unique way. The cooperative was hugely successful and led to their work and the work of many artists being purchased and exhibited by many prominent galleries both nationally and internationally.

Today Goyce’s work is represented in the McMichael Canadian Art Collection and the Mohawk Institute in Brantford as well as many other public and private collections across North America and Europe. He lived in Thunder Bay where he worked as the Education Director for Keewaytinook Okimakanak. Goyce Kakegamic passed away in 2021.