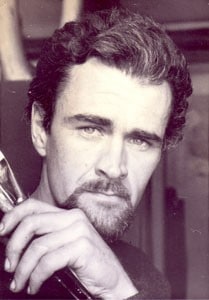 Alex was born in Fort William, Ontario on June 30, 1934 to parents Eva and Victor Kennedy.

Artist Alexander (Alex) Victor Kennedy, age 81 years, passed away of natural causes on Sunday December 27, 2015 in Thunder Bay with his life long friend Jean Chenier by his side.

Alex, a gifted self-taught artist sketched at a very early age and started to paint seriously when he was only twelve years of age. He attended school up to grade 10. Prior to 1969 he worked in various fields: timber cutting, farming, guiding, diamond drilling, prospecting and mapping in the Franklin Islands, Northwest Territories, Arctic and Labrador. From 1964 to 1972 his winters were spent painting and sculpting at his remote log and stone home at Lake Shebandowan. He communicated with the world through ham radio. He was an avid lover of birds, animals and nature. He hunted, fished and lived off the land.

In February 1965 Alex met his life long friends and art patrons Jean and Denis Chenier at their art gallery. The Gallery of Fine Arts held seven highly successful one man art shows for Alex from 1965 to 1972. Some two hundred paintings and eight sculptures grace the homes of many art lovers in Canada and the United States. Alex was known for his ethereal large scale oil, wax encaustic, oil wash paintings and sketches as well as his Vermont marble and Indiana limestone sculptures. In 1970 Jean curated a one man art show for Alex at the then prestigious 5th Floor Art Gallery at ” The Hudson’s Bay Company ” in Winnipeg. It was at this show that his paintings and his life size Indiana limestone sculpture titled ” The Thought ” were purchased by a major Winnipeg insurance firm. This notable work was sculpted from the original Indiana limestone pillars that Alex salvaged from the original Fort William City Hall.

Kennedy was recognized as a prominent Canadian artist by distinguished Canadian art historian Colin MacDonald. Alex was published in MacDonald’s 1971 ” A Dictionary of Canadian Artists – Volume Three “. Alex’s photographs of the compelling barren beauty and changing seasons of the far north were featured in the ” Times Journal Weekend Magazine “.

As of June 11th the gallery will be reopening at a limited capacity of 6 customers at a time. Please remember to wear your masks and we look forward to seeing you!