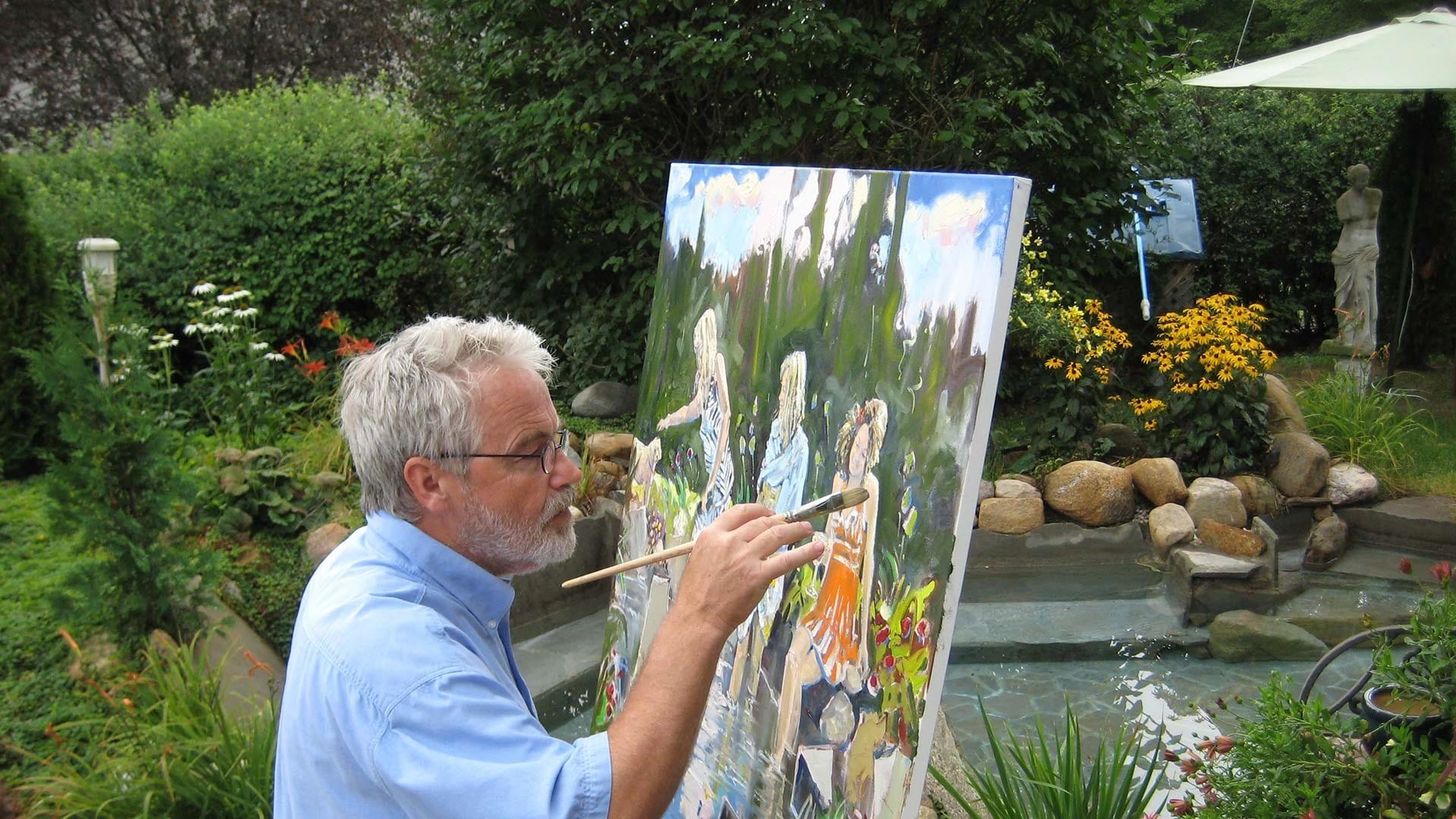 Born in Ste-Perpétue, Quebec, Robert Roy first worked in his family’s general store. When his fatherretired and discovered painting as a hobby, Robert, who was just 18, also became fascinated with painting and colour. As a result, he spent the majority of his free time working on his technique and capturing on canvas all that inspired him.

In Ste-Perpétue, Robert Roy drew and painted his surroundings from all angles, but he was soon ready to discover new horizons. He left his hometown to travel the world. He traveled to fifty of the most important cities in the world including, Vancouver, Paris, New York, Malaga, Brussels, Sydney and Honolulu, all of which have inspired his art.

After returning to Québec, Roy studied art at Université du Quebec and participating in numerous exhibitions. Inspired by people in movement and street scenes, Roy’s paintings are characterised by freedom of movement and a lively expressionist style in which colour and emotion reigns.