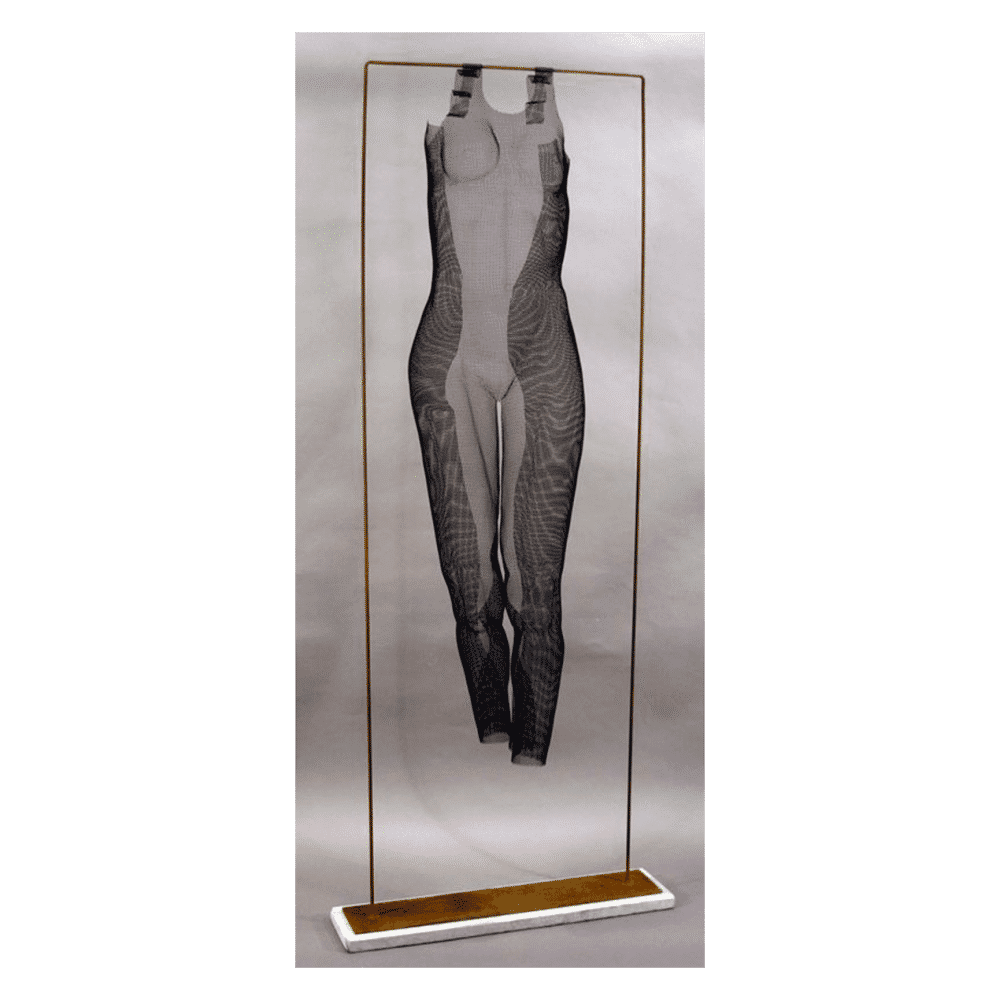 Semienchuk was born in Montreal, 1940.

Ted Semienchuk spent most of his business career in the Computer Information Technology area. However, art has always been a very important part of his life – coming from an artistic family, his father was a violinist and his mother was a dress designer. Mr. Semienchuk always had a parallel interest in drawing, painting and in particular sculpture. Over the years, he expresses himself in the traditional sculptural forms.

It was the computer however, in the form of a Computer Aided Design wire drawing that caught his creative interest. His original idea was to create a sculpture in two dimensions in steel wire, in which the viewer would see a three dimensional image. He experimented unsuccessfully with different steel mesh and metal wire welding until he discovered the wire mesh used in the manufacture of fireplace screens.

People can assume that the pieces are made in a mold and the wire mesh is somehow squeezed into shape in a steel press. In fact, each piece is hand made and the tools he uses are his fingers and his hands pushing and pulling the material. The wire medium also imposes a certain movement; with each piece evolving and changing direction dramatically form the original concept of the artist. As the material is pushed in one direction it will simultaneously pull material, and the piece, in another direction. The material is both solid – you view and see the primary shape – and transparent – as you see through the piece, the material in the background adds in to the line and shape of the figure in the foreground. His sculptures use light and shadow to play on the mesh to sculpt the figure in three dimensions – the shadow cast on the background in turn draws the figure in two dimensions.

The artist does not work form models. Each piece evolves form some inner vision or image he has of the human figure. The movement of a ballet dancer. The arch in the back of a figure skater. The focus of his work is the human figure. He tries to express or capture the memory of a twist or turn, of a chance expression of the face or body. His hope is that the viewer of his work will by struck by the beauty of the human body and moved by it expressive power.

His works can be found in many private collections throughout Canada and the United States.

Saturday: By appointment only. Please call or email to schedule your visit. 807-346-0409, chenierfinearts@gmail.com.