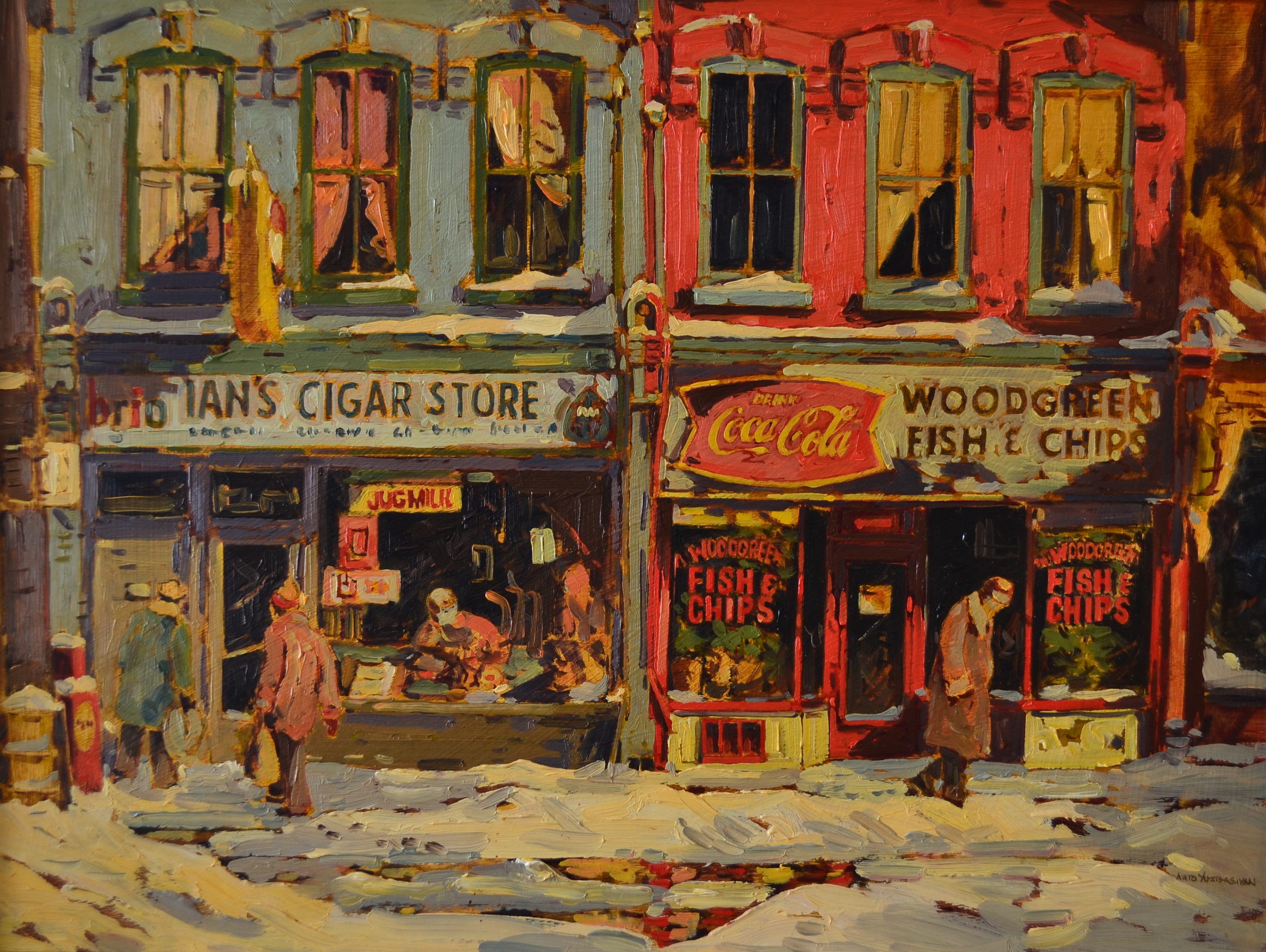 Arto Yuzbasiyan was born in Istanbul in 1948 and immigrated to Canada in 1973 settling in Toronto where is career as an artist emerged. Throughout the 70’s, 80’s and 90’s Yuzbasiyan’s paintings captured the vibrancy of day to day life in Toronto; scenes of simplicity of corner stores and people on the street that would soon change as Toronto rapidly developed. Arto travelled to other Canadian cities as well, turning his talented eye on Montreal, Ottawa, Quebec City and Thunder Bay. In more recent years Arto has depicted Istanbul, the city of his youth in his paintings.

Yuzbasiyan’s work can be found in public and private collections across Canada, Europe and the United States.